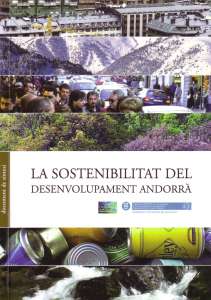 On 4th April 2003, Reig Fundació and the Polytechnic University of Catalonia signed a collaboration agreement to prepare a study on the limits of the sustainability of growth in the Principality of Andorra.

The research was carried out as a prospective work in the environmental, social, economic and institutional framework and serves to analyse the relations between all these features and the future interrelations that they will generate between them. The aim of the research is double: on the one hand, a piece of research was carried out on indicators that enable future scenarios to be projected and models were designed which show the interactions between the different variables that make up a country and its evolution with a medium-term projection. On the other hand, the second objective was that of creating a living, open document accessible to all Andorran people that promotes areas for debate and in which there are sufficient features of information to be able to discuss which model of country we want for Andorra.

The study was made based on the work of a multidisciplinary team of researchers, coordinated by the UNESCO Chair in Technology, Sustainable Development, Imbalances and Global Change of the Polytechnic University of Catalonia, directed by Enric Carrera.

This work, published in 2004, is a study on diverse possible futures for a small country such as Andorra, taking into account its evolutionary trends and how it supports itself, not forgetting the evolutionary trends of its environment, both nearby and global.

With the aim of publishing the results of this piece of work, explaining the method used and showing the different scenarios for the future, we organised a technical seminar at which some 30 people attended from all areas and layers of Andorran society, related to or interested in sustainability.

The study led to the creation, in 2007, of the Observatori de la Sostenibilitat OBSA (Observatory on Sustainability, OBSA).